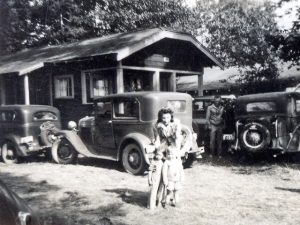 In 1929, Fred and Odessa Newman purchased property along the shores of Birch Bay, Washington.  They loved the water and by renting out cabins they were able to share the Bay with friends, old and new, who stayed at Newmans Grove.  By the 1970’s their daughter and husband assumed the small resort and it became known as Parker-Newman Grove.  In the 1990’s their Granddaughter took over the resort and decided it needed a new name. 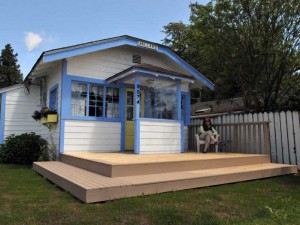 When the tide was out, everyone would play on the beach, building sandcastles, clam digging, and playing in tide pools.  When the tide was in, they would crab, fish, barbecue and join around a beach fire as the sun set.  One day the granddaughter was out walking on the beach reflecting on what a young girl asked her – “Where does the tide go when it is out?” and it struck her that everyone, along every shore, of every ocean, is waiting to catch the tide and the Tide Catcher Resort name was born. 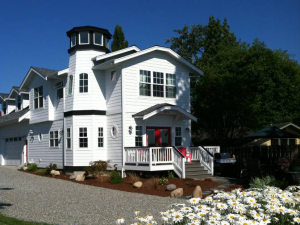 By 2015, the cabins had reached the end of their life, and so permanent rental homes were built, and while the people staying were now permanent renters, they also love the water and the property lives on as the Tide Catcher.